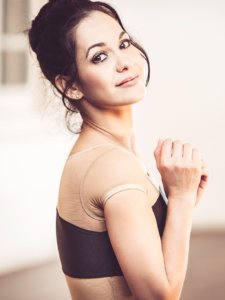 Born and raised in Matanzas, Cuba. Former Cincinnati Ballet and Corella Ballet Principal Dancer and First Soloist with Boston Ballet. Her professional training includes The Vocational Arts School “Alfonso Perez Isaac” in Matanzas, Cuba and The National Ballet School in Havana, Cuba. After graduating in 2001, she joined the National Ballet of Cuba under the direction of Alicia Alonso, where she danced from 2001-2003.

Adiarys has a professional Ballet Dancer and Teacher from the National Ballet School in Havana, Cuba. Based on the Cuban Ballet Method. She began teaching when she was 20 years old and did not know a word of English. While dancing for Cincinnati Ballet, she taught parttime at Ballet Tech Ohio, directed by Claudia Rudolf. “I feel starting to teach at a very young age made me a much better dancer. I got to understand ballet, and it made me realize how many things I was doing wrong.” 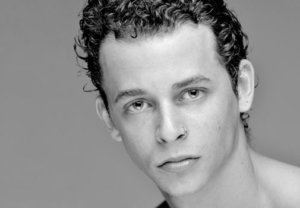 Born and raised in Havana, Cuba. Former Principal Dancer with National Ballet of Cuba and San Francisco Ballet. He trained at Alejo Carpentier School and the National Ballet School in Havana.

Mr. Domitro was nominated for best male dancer at the 2013 Benois de la Danse. He also won the 2008 Gold Medal at the World Ballet Competition in Orlando, Florida, the Grand Prix at Peru’s International Ballet Festival in 2003, and in 2000, 1st Prize and the Revelation Award at International Ballet Competition and Ballet Academies Festival in Havana, Cuba. At age 20, he became a Principal Dancer with the National Ballet of Cuba. He built an incredible career sharing the stage with renowned dancers such as Italian Prima Ballerina Carla Fracci. Later he continued acquiring an extensive and versatile repertoire at San Francisco Ballet. Domitro’s major roles as a principal dancer include Albrecht in Tomasson’s & Alonso’s “Giselle,” Snow King and Nutcracker Prince in Thomasson’s “Nutcracker,” Prince & Sugar Plum Cavalier in Alonso’s “Nutcracker,” Mercutio in Tomasson’s “Romeo and Juliet,” Romeo & Mercutio in Alonso’s “Shakespeare & the Masks,” Prince Siegfried in Tomasson’s “Swan Lake,” Basilio in Tomasson’s/Possokhov’s & Alonso’s “Don Quixote,” Franz in Balanchine’s & Alonso’s “Coppelia,” Lensky in Cranko’s “Onegin,” Benjamin in Wheeldon’s “Cinderella,” Prince in Consuegra’s “Cinderella,” Solor in Makarova’s “Kingdom of the Shades” from “La Bayadere,” The Creature in Scarlett’s “Frankenstein,” Brown in Robbins’ “Dances at a Gathering.” In addition, he created the role of Giovanni and The Swimmer, respectively, in Possokhov’s Francesca da Rimini and Swimmer. 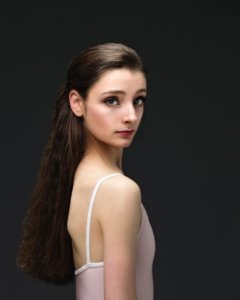 Florrie Geller embarked upon her professional ballet career when she signed a contract with Cincinnati Ballet’s main company at the age of 18. She received her pre-professional training from Central Pennsylvania Youth Ballet, Next Generation Ballet, and summer programs on scholarship at the School of American Ballet, before winning the gold medal at the Youth America Grand Prix Semi-Finals. She distinguished herself in the Final Round of YAGP by placing in the Top 12 Junior Women at Lincoln Center, and was selected by Susan Jaffe and Gillian Murphy as the first recipient of the Gillian Murphy Endowed Scholarship to UNCSA. After performances as Aurora and Giselle in Next Generation Ballet’s full-length productions, Florrie attended the San Francisco Ballet School on full scholarship. Among her roles as a professional dancer are Princess Florine in Devon Carney’s The Sleeping Beauty, and soloist roles in Jiri Kylian’s Sechs Tanze, Myles Thatcher’s Anomaly, and Sarah Van Patten’s Skylight. In 2019, Florrie was invited to represent the United States at the Beijing International Ballet and Choreographic Competition. Currently, Florrie is a freelance dancer, teaches ballet and pilates, while continuing her professional training at The Art of Classical Ballet with Master Ballet Teacher Magaly Suarez and faculty. 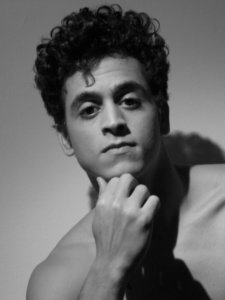 Walter Gutierrez Garcia
Guest Artist
From Havana, Cuba. Trained at the Alejo Carpentier School of Dance and the National Ballet School in Havana. Some of his most important teachers are Raquel Aguero, Mirtha Hermida, Fernando Alonso and Magaly Suarez. He has danced with the
National Ballet of Cuba, Contemporary Dance of Cuba, Festival Ballet of Providence, Nevada Ballet Theatre, Silicon Valley San Jose Ballet and Florida Classical Ballet. Mr. Gutierrez received the Silver Medal at World Ballet Competition in 2009 and the
Bronze Medal at the Havana International Ballet Competition in 2003.

Barrington Hinds is from West Palm Beach, Florida. He began his training at the School of Ballet Florida under the direction of Marie Hale. Hinds holds a BFA in dance from SUNY Purchase College and has worked professionally with VERB Ballets, Northwest Professional Dance Project, and the national tour of Twyla Tharp’s Broadway show, Movin’ Out. In 2011 Hinds was honored as a finalist for the Clive Barnes Award for young talent in dance. He has worked with leading choreographers including Laurie Stallings, Edgar Zendejas, Sarah Slipper, Helen Pickett, Thaddeus Davis, and Cherylyn Lavagnino to name a few. Hinds has also danced with the Stephen Petronio Company and has freelanced in commercial, TV, and print work. In addition Hinds is also a choreographer and teacher. His work has been shown at Purchase College, Dixon Place, Warwick Summer Festival, Arts On Site, and The Tank. Barrington currently is a Performer with the Bill T. Jones/ Arnie Zane Company in NYC and is thrilled to be returning back to Nutcracker of Middle GA this season! You can follow him @bar_hinds and his website www.barringtonhinds.com 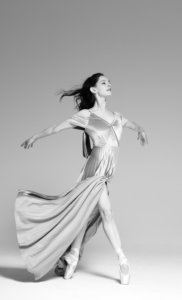 Ramona Kelley is from Berkeley, CA where she began her training at Berkeley Ballet Theater. She went on to earn a BFA in dance from New York University’s Tisch School of the Arts. Ramona danced the principal role of ‘Betsy’ in Twyla Tharp’s Come Fly Away and went on to dance with the Tharp company creating new roles in addition to performing repertory works. She is a principal guest artist with Oakland Ballet and has also performed with Christopher Wheeldon’s An American in Paris, Dance Lab New York, Minnesota Dance Theatre, Claudia Schreier and Co, Post:Ballet, Sidra Bell, Cherylyn Lavagnino Dance and Phantom of the Opera (25th Anniversary Tour) among others. Ramona has taught for Pacific Northwest Ballet, as well as master classes in Tharp technique across the country. She is an adjunct ballet faculty at NYU’s Tisch Dance.